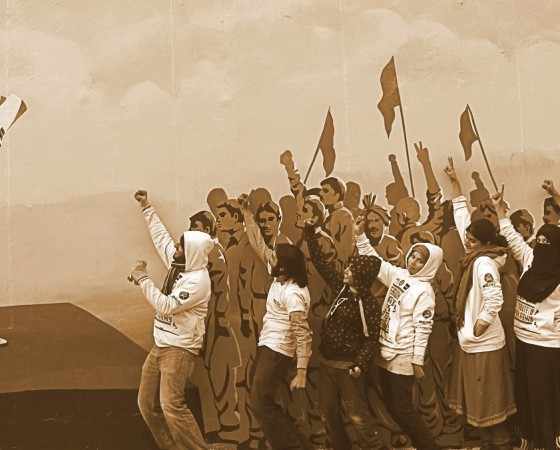 Residing in Philadelphia, known as the world’s largest outdoor gallery, makes you wonder what impact art can have on your life, when you encounter it all around. ‘The City of Murals’ has earned international recognition because of its amazing collection of murals that are displayed practically everywhere you turn while walking on the city streets. These ‘talking walls’ are narrating the stories of the past, highlighting environmental concerns, promoting community service and spreading colors throughout this historical city of the United States of America.

However, I could feel a parallel impact on my recent visit to the ‘City of Gardens’, Lahore. There was a wave of patriotism expressed in a way similar to what I have been witnessing in my dwelling city, which, no doubt, can be foreseen as the dawn of Mural Art in Pakistan. A group of young artists, consisting of students, paid tribute to the Pakistan Army by painting a one kilometer long wall. They called it ‘Operation Art’. Operation Art, arguably Pakistan’s largest mural painting, can be regarded as the first of its kind in the history of Pakistan.

A team of 12 enthusiastic artists were led by a young, passionate entrepreneur, Mudassir Zia. Mudassir is the Founder of Artistan and is also known as the pioneer of Street Art in Pakistan. The team painted both sides of a one kilometer long wall situated at the underpass of — road near the Allama Iqbal International Airport with the collaboration of Master Paints. This was no easy task. It took them one month of intense hard work, painting day and night in the harsh chills of December & January. The result was two adjacent walls speaking about the history of the creation of Pakistan from the times of the partition (in black and white); to the formation of this great country (in color); from the wars fought by the brave, heroic Pakistan Army to the Army operations that are taking place on the KPK borders protecting us from terrorists. Walking along the ‘Mural Kilometer’ reminds me of the Mural Mile in Philadelphia as it brings out the zealous emotions of loss and triumph. Operation Art will be the start of many operations to inspire the youth of Pakistan to take up just causes for their country.

I salute team Operation Art for reviving the spirit of devotion in me, and many others who will see this mural harmoniously incorporating the surrounding architectural elements serving as a landmark for the beginning of Mural Art in Pakistan.